Watch Ruparanganda’s book, Genitals Are Assets is extremely thought provoking and will make you want to laugh and cry at the same time. It explores the sexual and economic relations amongst the street children of Harare, Zimbabwe in a language that is effortless and compelling. This is a book for both the deep academics and ordinary readers. Underneath everything else, this book goes into important theoretical and methodological debates about power differentials between men and women in society

The author spent over fifteen months on the streets of Harare and the adjacent areas, slowly and carefully stalking, watching and listening to the street youths in order to understand their life styles and sexual behaviour and also to get to their individual life stories.

In many of the interviews, the youths who live in the open become so free and familiar that they refer to the author as ‘Big Dhara’, which is the Harare slang for boss. The author chats to them as they ‘work’, as they relax on the pavements and as they hang around the bars and the restaurants. They form a very deep sub culture with a well developed and clever language. For example, a street dweller is called mugunduru (one who sleeps anywhere, anyhow). Sexually transmitted diseases are called 'sikon’o'. Men with lots of money are called 'mhene'.

This is a groundbreaking book in that; while much research and writing has been done before on survival strategies of street children in Zimbabwe by the likes of M. Bourdillon, L. Dube and Y. Chirwa, little research had gone into exploring sexual encounters, dating, courtship and general romance conducted by street youths who are normally beyond the term child.

This book reads like a tragic-comedy, beginning with the origins of orphanage, destitution and street dwelling. Consider this: A girl from Zvishavane gets to Masvingo and during her second night at Mucheke bus terminus, two boys force themselves upon her. She resists all night by locking up her legs until the early hours when she gets exhausted and succumbs. When she flees to Harare, a fight ensues between two boys on who is to have her first. They do not bother if she consents. But as the boys are scrambling over her like that, an elderly destitute shoos them off, drags the girl behind the public toilet and the rest is history.

Even boys are not spared. One of them is sodomised at the age of eleven when he comes to live on the streets. He is quite bitter that the boy who molested him dies before he revenges. That culprit is swept away by stream waters during a heavy storm whilst sleeping in one of the city centre drainage canals.

It is clear to the author that sexual matters on the street are power issues. The street girls offer sex to men from mainstream society and to some destitute men in exchange for money, food, clothing and protection. They are not allowed to work or to openly associate with men other than those who ‘win’ them and begin to act as their husbands. But these are tough ‘marriages’ because often the men refuse to wear protection and are very brutal and uncompromising.

These youths who live in the fringes have some survival strategies too. For instance they believe that it is better to use herbs from the Mbare township and market to cure sexually transmitted diseases than to go to some public hospitals. They have what are called street ‘pharmacies’. Those who become very ill retire towards Mukuvisi River to rest, slow down and die, far away from the prying eye of the public.

But they also have various link with the bigger society because some bigger and more experienced boys are sometimes hired for sexual gratification by well to do lonely women in the leafy affluent suburbs whose spouses ignore them or have died of Aids or some natural causes or have gone to the diaspora. The youths are picked from designated points in the city at specific moments. The boys receive money, beer, clothes and other goodies. And those who seek pleasure from these people are from every class and race of society.

Maybe, the most exciting part of this book is the revelation that ritual sex has become rife in Harare! Businessmen pay young boys to have sex with prostitutes in hotels and harvest sperm in condoms for ritual purposes. Sperm is associated with regeneration of life and could be used to boost one’s business in terms of popularity, growth and profits. On being asked why they consent to this, one street boy says: ‘Big Dhara, a mugunduru is like a soldier. We are prepared for anything.’ Sometimes the street youths are taken to hotels in the avenues and are given new clothes in exchange of their old clothes with their sweat and dirt which are taken away for juju.

This is a very honest book which demonstrates the link between the sexual behaviour of street youths and the rest of society and provides a sound justification for arguing that there is need to adequately deal with both the Aids epidemic and the question of street youths. It is a book that all policy makers of the developing world need to read.

The author holds a Dphil in Social Sciences and currently he is the Chairman of the Department of Sociology at the University of Zimbabwe where he is a lecturer. His forthcoming book is called, Children With Adult Hearts which is about child headed households.

WOMAN IN THE SHADOW 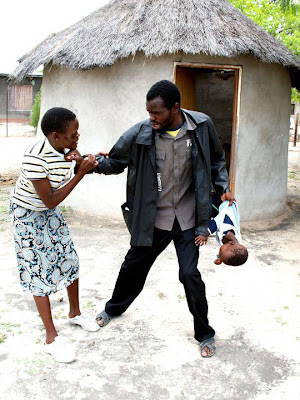 Her voice, he had bound
He had strung, her voice
Her voice, he had strangled, strangled, strangled…
When she spoke of his
Binding, binding, binding her
When she spoke of his
Strangling, strangling, strangling her
He broke her voice with a pick axe …
Smashed her being … for years
Crushed her consciousness … for ages
And enslaved what remained of her spirit
Worked her hard by day
That his fields grew greener each year
Toiled her by night
That stout-limbed children were born
By the bound, strangled, crushed woman.

But one day in a hundred years
As a shadow she came
One day in a thousand years
She rose from her living death
And demanded back her voice
This one day, she spoke with the voice of freedom
The man heard the terror speak
In his mind he saw his green fields deserted
Weeds choking the rich green
Hunger … hunger crunching at his children’s health…
No… no… no…

Rope in hand, he flew at her
To bind, to strangle her again
But the shadow, the slave, the woman
Had unbound herself
Horror seized his reason
When he saw his one time slave-woman about to flee
In wild desperation he called for more rope
For more hands to bind her …
But the ropes, in their thickness
Had become too thin to bind her anymore
In her eyes were the spear and sword of her freedom
To him for the first time she said,
“I’m the woman you’ve been killing for ages, ages, ages …”

**Robert Muponde is Associate Professor of English in the Department of English and Assistant Dean for International Affairs and Partnerships, Humanities, at University of the Witwatersrand, Johannesburg. He holds an interdisciplinary Ph.D in Childhood studies. Muponde is also Co-editor of numerous works, including Versions of Zimbabwe: New Approaches to Literature and Culture; Sign and Taboo: Perspectives on the Poetic Fiction of Yvonne Vera; and Manning the Nation: Father Figures in Zimbabwean Literature and Society.
Posted by kwaChirere at 10:46 AM No comments: 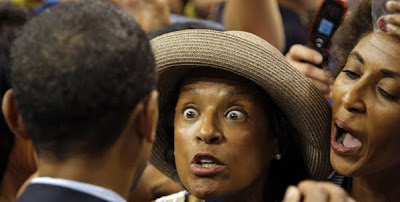 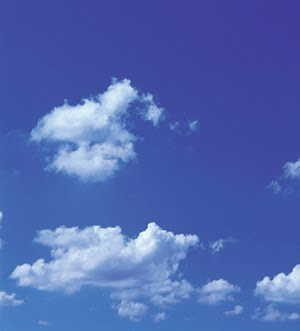 Desire is a fire that burns unattended
With nothing to burn-
Desire is a river that never runs dry
With no fish to swim in it.
Desire is the finest black fruit in
an unseen valley
With no one to pick.
Desire is the bluest sky
With no colourful wings to caress.
Desire is the itching in the heart
Scratching cannot cool that down.
Desire and its cousin dreams
Was all we had
being black and poor.
(by Garikai Kamanga)
Posted by kwaChirere at 8:37 AM No comments: 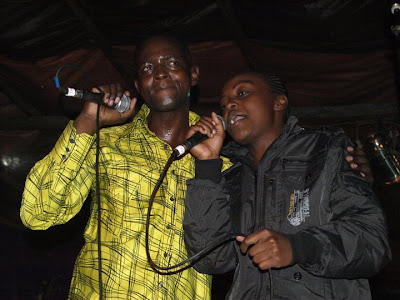 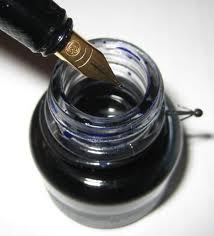 HARARE-On Saturday 04 June 2011, the Zimbabwe Writers Association (ZWA)
held its first elective Annual General Meeting at the Zimbabwe Film and
Television School. A seven member substantive executive committee was elected to run the affairs of the association for the next three years. They take over from an interim committee that had been in charge of the association since the umbrella writers' organisation was launched last year.

Veteran writer and university lecturer Musaemura Zimunya who had been the
chairman of the interim committee was retained. He will be deputised by
Zimbabwe Woman Writers' director Eresina Hwede. Tinashe Muchuri a young
writer with a long association with the Budding Writers Association of
Zimbabwe (BWAZ), was elected a secretary. Prominent motivational writer and
speaker Beatrice Sithole was retained as treasurer. Academic writer and
historian Karukai Ratsauka was voted in as the resource mobiliser. Prolific
writer, blogger and university lecturer Memory Chirere and poet/journalist
Dakarai Mashava were made committee members.

Speaking after his election, Zimunya thanked ZWA's funding partners in
particular the British Council, the Culture Fund, and the embassy of Spain
for being very supportive. "I would like to thank our funding partners for their generous support and the outgoing interim committee for being diligent in the execution of their ZWA duties at great personal expense".

Guest of honour at the event, veteran author, educationist, Dr. Thompson Tsodzo was the returning officer for the elections. The elections were graced by such prominent authors as Noma-award winner Shimmer Chinodya, National Arts Director Elvas Mari, Tawona Mtshiya,Virginia Phiri, Ignatius Mabasa and Samuel Makore, the chairman of Zimbabwe Academic and Non-Fiction Authors (ZANA).The objectives of ZWA include among many others promoting writing in all its forms and in all the languages of Zimbabwe and standing up for the rights and welfare of the Zimbabwean writer.For more information please contact [Musaemura Zimunya] by calling[0772334919], or e-mail [Musaemura] at [musaz@arts.uz.ac.zw]
Posted by kwaChirere at 9:04 AM 1 comment: 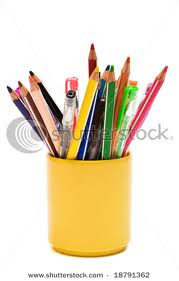 I write to confirm that we are on schedule to hold the meeting and The Elections for the substantive Board to run the affairs of The Association. You are also reminded
that this is your occasion to nominate - and feel free to be nominated - competent, open-minded, dedicated and trustworthy individuals to direct the operations of The Association for the next THREE YEARS, in accordance with The Constitution:

11:15 Vote of Thanks Executive Committee