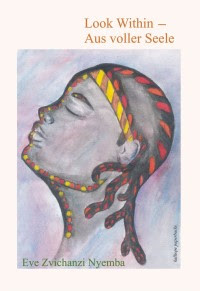 These poems in English and German ring with an unmistakable vitality of youth, searing passions and sweet-sad meditations. Of all known women’s poetry of Zimbabwe, Eve Nyemba comes closest to Kristina Rungano especially ‘A Storm Is Brewing’.

These poems are about love; as a woman searches for it or as she gets to know the colour of its brutal insides. These poems are about passionate and difficult men too. These poems are an attempt by the individual to look deeply into herself and take stock of how her mind works or not work. When you are there, you are in Kristina Rungano territory. There is that ability here, to pause and think about the small bricks that make up the huge fabric.

In ‘When Silence speaks’ you find a tattered woman who has had the worst of the ‘man’s world’. Abused, is the word. Deep pain, is her situation. She suffers in silence, and that disturbs. Eve Nyemba uses a dark shade to give the woman a Christ like figure because as she suffers in silence, there are depths in her that the external blows cannot reach. She comes across like many of Yvone Vera’s victim women, especially the sisters in the novel ‘The Stone Virgins’. Their mere presence, in spite of what they have gone through, leaves a discerning reader in awe.

But women need not be victims especially if they learn to ‘look within and find faith’. The poet invites the woman not to go beyond herself ‘out in the pounding rain’ for salvation. But the African woman is beautiful too with her hair ‘the colur of the dusty earth’ and should leave alone the body modifications like plastic surgery from the west.

But Nyemba can snoop well into the world of menfolk and see the other reality of men in the Third world. It is a ‘man’s world’ but how many men own that world? Sometimes, as in ‘Manchild’ men are also victims of various social forces that even they can lose control and cut very lonely, little and saddened images:

This is a man who becomes a father when he does not have the means. He is a castrated fellow, a fatherless father!

Sometimes it is the women who give one another a very raw deal. In ‘You think,’ a woman boasts of how she can take over another woman’s man. In Zimbabwe this husband stealer is known as ‘small house’. So the husband stealer boasts about how the poor man will always run away from the mansion to have a nice time with the small house in the ‘single quarters’.

But if one is looking for the Eve Nyemba philosophy, ‘The secret places’ is the poem:

Indeed, you and me. The secret that the world fails to uncover is Love. Of course, different forms of Love. We need to love and love properly is an idea that runs through these poems. But sometimes in these poems, Love is a tempest, ‘a ravaging vortex of a dust devil’ and when it fails to be consummated as in Consumed, the desire for the other becomes very overwhelming.

This is a collection for those who look for poetry that talks from the soul. Those who look for the secrets that only poets tend to see in every community.
Reviwer: Memory Chirere, University of Zimbabwe, Harare

Posted by kwaChirere at 6:19 AM No comments:

All the world's a stage 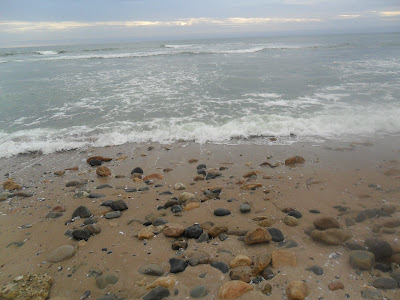 All the world's a stage,
And all the men and women merely players:
They have their exits and their entrances;
And one man in his time plays many parts,
His acts being seven ages. At first the infant,
Mewling and puking in the nurse's arms.
And then the whining school-boy, with his satchel
And shining morning face, creeping like snail
Unwillingly to school. And then the lover,
Sighing like furnace, with a woeful ballad
Made to his mistress' eyebrow. Then a soldier,
Full of strange oaths and bearded like the pard,
Jealous in honour, sudden and quick in quarrel,
Seeking the bubble reputation
Even in the cannon's mouth. And then the justice,
In fair round belly with good capon lined,
With eyes severe and beard of formal cut,
Full of wise saws and modern instances;
And so he plays his part. The sixth age shifts
Into the lean and slipper'd pantaloon,
With spectacles on nose and pouch on side,
His youthful hose, well saved, a world too wide
For his shrunk shank; and his big manly voice,
Turning again toward childish treble, pipes
And whistles in his sound. Last scene of all,
That ends this strange eventful history,
Is second childishness and mere oblivion,
Sans teeth, sans eyes, sans taste, sans everything

William Shakespeare - from As You Like It 2/7)
Posted by kwaChirere at 7:15 AM No comments: 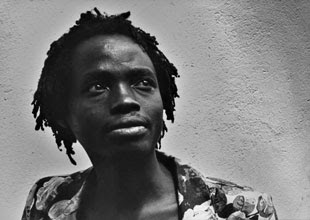 Dambudzo Marehera died today 24 years ago.Must have been a Tuesday.

"i dont hate being black, im just tired of saying its beautiful"

Posted by kwaChirere at 5:53 AM No comments:

'Somewhere In This Country' now in Namibia 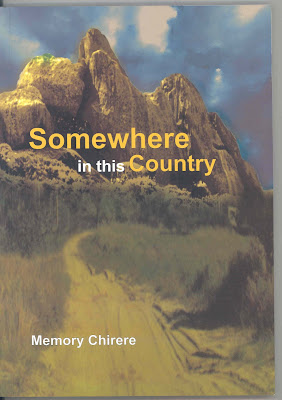