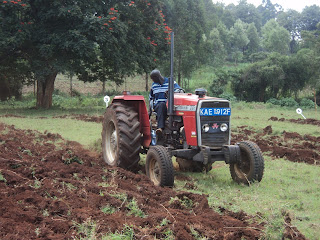 On Monday, 1 November 2004, I wrote a review article for a local paper and on seeing it and reading it today, I NOTICE that it was actually various young writers then affiliated to the now defunct Budding Writers Association of Zimbabwe who were some of the first people writing from within Zimbabwe to publish significant fictional work based on the fast track land reform of Zimbabwe. Tinashe Muchuri, Beavan Tapureta, Lawrence Hoba and Martin Denenga, you have your own corner in Zimbabwean literature! Some of these writers are now more established in writing and various other art forms. I also sense now that the Budding Writers Association of Zimbabwe scored its firsts which it never lived to benefit from. Below is that unedited review from 2004:

Zimbabwe’s Land Issue:The Budding Writers’ Perspectives, Harare, 2004.
ISBN:0-7974-2859-3
Editor: Dudziro Nhengu
A reflective Book Review by Memory Chirere
A new journal called ZIMBABWE LAND ISSUE has just hit the Zimbabwean and South African book markets like a bolt from the blue. It is the first in a new series of the “topical issues” journal being published by the Budding Writers of Zimbabwe (BWAZ).


BWAZ is a writer’s organization for new and young authors of Zimbabwe formed in 1990.  It has since grown to represent the nurturing of the growing army of new voices in Zimbabwe.


With the return from exile in 1980 of serious writers like Dambudzo Marechera, Stanley Nyamufukudza, Musaemura Zimunya, Wilson Katiyo and others, there was a sudden and acute realization amongst the youth that writing could be taken seriously and a man or woman could be called “a writer.”  With the help of the then vibrant Zimbabwe Writers Union (ZIWU) there were inspiring readings and literary talks in Harare, Gweru and Bulawayo.


In due course BWAZ was formed.  To this day some of its earliest and founding members like Albert Nyathi, Ignatius Mabasa and the late Stephen Alumenda have grown to national stature.


Last month when the average established writer of Zimbabwe was yet to contribute to the ongoing debate and activities of the phenomenon now called the Zimbabwe Land Issue, BWAZ led the way with a scintillating publication.  Since the start of the mass farm occupations over two years ago, there has been remarkable silence about the land issue among Zimbabwe writers, save for Alexander Kanengoni who has routinely dropped here a story and there an essay-short story.


Could our writers be “playing it safe” because they are afraid to define their different positions?  Or, as one literary critic, Maurice Vambe told me, “they are still watching, Memory.  If they were to write about the land issue as it happens, they risk being journalists!”  Really?


This BWAZ journal contains short stories and a novella  based in various ways on the land issue in Zimbabwe.  These pieces, it must be emphasized, represent individual writers’ reaction  the land issue.


Handidzokere Shure Part 1-3 is a stimulating debate in epistolary from.  Three budding writers, Tinashe Muchuri, the late Blessing Chihombori and Beaven Tapureta build up on each other’s ideas and writings.  Should the land be taken away from the whites?  Should it be divided equally between black and white? What is the role of women here? What is the role of history? Is the reform necessarily violent…?


In Part I there are two letters – one from the “educated” George Gororo to his father and the other one from the determined Mr Gororo himself, in response to his son’s letter. These two letters represent two camps on the land issue.  George is an industrial worker who religiously believes that blacks cannot own farms because they neither have the technical know-how nor the resources to meaningfully turn the land into food to feed the whole nation.  George believes that blacks should only stick to domestic farming and leave commercial farming to the whites, who according to him, “…are the champions  of the Zimbabwe economy.”His father on the other hand argues that the land belongs to the blacks, it is their birthright and the white farmers must pack their belongings and leave for Britain.


Tinashe Muchuri continues with these “letters” between father and son up to Part 4.  Convinced that his father is an incorrigible land occupier, George shifts and writes to his mother to “please plead with father to leave Ndege’s farm now…” and stop dancing and ululating as the menfolk subdivide the commercial farms.


And the mother responds with unsurpassed verve: “You surprise me a lot George, my son.  So you think I am just, ululating and dancing?  I am not silent, George.  Ululating and dancing are a form of communication too… strategic talking.”


While Muchuri’s letters dramatise the typical  irreconcilable perspectives to the land issue in Zimbabwe, the writer could have gone beyond  binarism.  The epistle form is understandably an attempt to recreate a community dialoguing but the author could have taken this as opportunity to be more nuanced.  One could have given systematic background to why father and son view the issue differently.   Instead of erecting two war-fronts, one could have added a third or even fourth dimension.  The land issue in Zimbabwe, ironically, has offered some people opportunity for action or ambiguity or total detachment. More important, the rearrangement of land in Zimbabwe has not only operated at a physical level.  The mass movement of people, goods and properties has also caused a radical evolvement of mindsets and attitudes.  The Zimbabwe writer has a tremendous task here to explore even the land reform in the mind.


In that regard “Tendai’s letter” by Beaven Tapureta, though cryptic, manages somehow to problematise the land issue in a more interesting manner than maybe Muchuri’s “letters.”  Tendai is a Zimbabwean young woman in exile in England but she has never lost sight of the events back home.  Out in cold England, she works for a white woman who not only calls her sister but also exploits her.  For Tendai, sister achy and feminism are abstract and lofty and does not address concrete issues.


Lawrence Hoba’s “The Trek” is evidence that some budding writers are reading widely and that one should not consider influences pernicious.  Hoba’s story reads like Honwana’s short story called “Papa-Snake and I.”  Here as in all prominent  Southern African short stories the child narrator sees much more than it intends to.  In “The Trek” the narrator is very critical of his father, an ex-fighter  who has acquired a farm formerly owned by a white man.  Father is lazy, always after beer parties. It is only mamma, throughout the years,  who has been the real land tiller.  The farm gate is written “Mr. J.J. Magudu.”  Why not “Mrs J.J. Magudu?” asks the narrator.


“Weeping” is about a conflict between a black community and a white farmer.  The white man accuses and punishes the community for poaching on his farm.  The neighbouring black community, especially Maruza, does not understand why and how they can be accused of poaching from their own motherland and so the conflict rages on.


Denenga does not limit the land conflict in Zimbabwe to one historical epoch, the land redistribution period.  He takes us back in time to long-standing conflicts that existed between Baas Goddard and his African neighbours of the adjacent Tribal Trust Land.  This helps to prove a historical fact that the animosity between blacks and whites in Zimbabwe over land is as old as colonialism itself.  The writer presents complex characters, black and white, and helps dispel the myth of a superior race.


Denenga feels deeply into the lives of farm folks and they ring true.  Their fears are expressed in their Nyanja laced conversations, drawing deep into their migrant labour backgrounds.  Their constant refusal to succumb to fate is best expressed in the seemingly mundane dance parties they organize in the farm compounds. Amongst them are guitarists of note, gifted story tellers, bottom wiggling dancers and legendary kick-boxers.


Since Chanjerai Hove’s novel called Bones, a prizewinning 1989 publication, “Weeping” is, arguably, the only literary piece in English that listens to the pulse of the farm-worker community.  One hopes that local publishers will soon take up this story.  It is only sad that Martin Denenga himself has passed on without seeing his work in print.  Infact information at the BWAZ offices has it that the unassuming Denenga was from a Marondera farming community.  One day he dropped the script at BWAZ, saying, “Read. Tell me what you think about it.”  They were never to see him again.  For over a year BWAZ put up notices in the papers and Radio Zimbabwe for Denenga because internal assessors found the script worth publishing. That tells the painful story of the struggles of Zimbabwe’s new writers. Denenga died not knowing the fate of his story and he remains unkwown.


Shimmer  Chinodya makes a guest appearance in this journal with his short story “Settlers.”  Chinodya like Stanley Nyamufukudza, Aaron Chiunduramoyo and Dr Charles Mungoshi are some of the prominent writers who have worked very closely with BWAZ in its various creative writing workshops across the country. Chinodya is well known as a great innovator of the short story form and he does exactly that with “Settlers.” Here the narrative follows the rambling thoughts of a new farmer and as you read on, your spirit rises, sinks, rises…

This neatly bound and boldly printed journal is well annotated and user friendly.  However the cover needed some deeper imagination.  The picture of the eastern portions of Zimbabwe in loam soils could have been more appropriate for a Geography or Agriculture text book.  One could have gone for a picture of many of Zimbabwe’s rolling wheat-lands or the never-ending stretches of newly ploughed red earths of early summer. The title too, is rather longish and its scholarly wording suggests, unnecessarily, regret.  A shorter, sharper and poetic line could have just done a better job.


One hopes that these writings will travel far and wide and contribute to both the debate and action on the land issue in our country and elsewhere. Maybe, against all odds, Zimbabwe’s more established writers could be pushed into writing about and around the LAND ISSUE.
Posted by kwaChirere at 8:29 AM