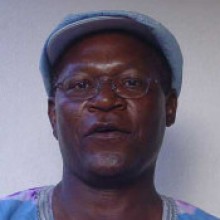 Call for Book Chapters on Musaemura Zimunya
Proposed Title: Reading Musaemura Zimunya: Critical Reflections
Editors: Tanaka Chidora and Sheunesu Mandizvidza (Department of English, University of Zimbabwe)
Prospective Publisher: TBA
Musaemura Bonus Zimunya is regarded as one of the leading modern Zimbabwean poets writing in both English and Shona. He is usually read in universities alongside the likes of Okigbo, Okara and Mapanje who are also regarded as pioneers in the development of modern African poetry. He broke into print gradually in the early 1970s in periodicals like Two-Tone and Chirimo. Later, he appeared more emphatically in group anthologies like Kizito Muchemwa’s Zimbabwean Poetry in English (1978) and Gwenyambira (1979). Afterwards, the floodgates opened in such a record-breaking way for Zimunya. He published the following books of poetry: And Now The Poets Speak (1981) which he edited with Mudereri Kadhani, Thought Tracks (1982), Kingfisher, Jikinya and other poems (1982), Country Dawns and City Lights (1985), Samora! (co-authored in 1987), Chakarira Chindunduma (co-authored and edited it 1985), Birthright (1989), The fate of Vultures (1989), Selected Poems of Zimunya (published in a Serbian language and in English in 1995), and Perfect Poise (1993).
But that is just one side of Zimunya. He is also a pioneer in the history of literary criticism in Zimbabwe with his ground-breaking Those Years of Drought and Hunger (1982) setting the stage for a rich tradition of literary criticism in Zimbabwe, and becoming seminal in the understanding of Zimbabwean literature, especially those texts written during ‘those years of drought and hunger’ of the colonial period.
He has also written short stories and has been anthologised in various collections including his own, Nightshift (1993).
In the literature sector of Zimbabwe, Musaemura Zimunya has played an instrumental role, administratively speaking, with Zimbabwe International Book Fair (ZIBF), Zimbabwe Writers Union (ZIWU) and Zimbabwe Writers Association (ZIWA). Thus, what we are looking at here is a literary career that spans decades.
Such a career means that Zimunya’s creative, critical and administrative intervention in Zimbabwean literature cannot go unnoticed. Although Musaemura Zimunya has been featured in many critical works like Veit-Wild’s Patterns of Poetry (1988) and Teachers, Preachers and Non-believers (1992) and many journal articles, there is an absence of a full-volume critical work dedicated to Musaemura Zimunya like what we have in Charles Mungoshi: A Critical Reader (edited by Memory Chirere and Maurice Vambe, 2006)) and Sign and Taboo (a critical volume on Yvone Vera edited by Robert Muponde and Mandi Taruvinga, 1992). This calls for such a gap to be filled, which is where this call for book chapters comes in.
What we are inviting here are abstracts for critical writings on Zimunya’s creative works, meta-critical writings on his critical approaches to Zimbabwean Literature and critical reflections. This means the project is an attempt to have a cross-cutting approach to Zimunya which involves scholarly writings from academics who have interacted with Zimunya’s work (both creative and critical) and reflective pieces and testimonies from those who have interacted with Zimunya himself as fellow artists and readers. Such reflective pieces can include interviews and essays. Because the approach is cross-cutting, we have decided to have a laissez-faire approach to themes. The idea is that good abstracts that capture the essence of ‘Reading Musaemura Zimunya’ in any form, including a collection of his photographs that capture his art and his life, will be published! The photographs will be published in a separate section of this book and should be history making photographs. We happen to know that besides being a poet, he is a guitarist, farmer, fisherman and an avid follower of Zimbabwe’s Dynamos Football Club and England’s Arsenal!) Our aim is to give readers, students and teachers of Zimunya’s writings the world over a comprehensive critical and reflective volume that captures the diversity of approaches to Zimunya’s own life, history, poetry, short stories and critical works.
A 250-word abstract/proposal and a brief biographical note are to be sent to Tanaka Chidora (tchidora@arts.uz.ac.zw; chidoratanaka@gmail.com) by the 30th of August 2019. The deadline for submission of the article, of about 6 000 - 8000 words, is 28 February 2020

Posted by kwaChirere at 3:56 AM