The ground that African women stand on 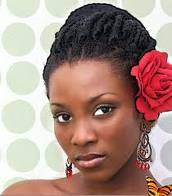 'The ground that African women stand on'
(the reflections of sister Achola Pala)
So many of us have often accepted the notion of African “traditional culture” as if it were the enemy of women, and the word “Western” as if it contained women’s rights. Perhaps we should substitute the word “original” for “traditional,” meaning the ground we stand on is rooted in African millennial cultures that supported us long before the arrival of colonial conquerors with patriarchal religions and political systems.

As a young woman growing up in the village culture of west Kenya, for example, I knew that we had a bill or rights and a human rights code by which we lived long before colonization.

The idea of the sanctity of personhood and human agency was enshrined in everything we did. As children we were taught to play together and accept defeat honorably if you lost a game. In principle and practice, human rights were the cornerstone of life and a good mind.

Every human being—child, woman, man, stranger and foe—had the right to be and to be heard. Therefore consultation was at the heart of decision-making. My culture forbade wanton killing of people and violation of people, including children and women. We were taught to treat each other with respect, protect the rights of persons with disability and include them in all activities to the best of their ability.

A widow had the right to choose the man to be with after the death of her husband and she had the right to ask him to leave if the relationship proved unsatisfactory. And a married woman had the protection of her favorite brother-in-law, referred to as the “leopard skin” to denote his critical role in protecting and supporting the sister-in-law from danger or exploitation.

Quarrelsome men who treated their wives with disdain were not respected in the community and were often chided in gatherings for their unbecoming conduct. A woman who married out of the community still kept her family ties in her place of birth. My mother inherited several goats from her mother and always went back to visit her family where she enjoyed enormous respect until her death. And today, my sisters and I (all married with our own homes) continue to have access and use of our mother’s house and a freedom that far exceeded that in cities where women were often forbidden in public places by law on the grounds that women must be “loitering” and must be prostitutes. My sisters and I were educated in the colonial version of education, but equally with my brothers because my parents understood we would need the protection of education and jobs as much if not more.

If we look into our cultures even today, wherever we are in the continent, we will find the ground we are standing on and how to build new viable institutions and equality norms going forward.

As a young anthropology scholar, my early work led me to conclude that African women, by and large, had greater recognition, more rights, greater security of tenure in land and protection, and greater control over their reproductive lives under their original political and economic systems than under the systems adopted from European colonial models.

Even a cursory analysis of the period preceding colonization—looking at matrifocal societies like the Ashanti of Ghana, for instance, or the Bemba of Malawi, that had complementary roles for men and women—points to great strengths of the leadership of women in Africa’s economy, politics, spirituality and arts.

It’s not surprising that the patriarchal colonial gender regimes deprived African women of identity (at marriage, the requirement to drop her own name for that of her husband), livelihoods (communal authority over land became reinterpreted as individual men’s rights) and human security (women became commodities to exploit, prostitute and violate in slave trade, trafficking, tourist commerce and war).
In 1880, when European powers sat down in Berlin to divide Africa into pieces they would colonize regardless of the interest of African peoples, the result was the nation-state. The colonial structure served to separate indigenous communities, language groups and families by artificial borders often drawn with the purpose of dividing and controlling people. Indigenous populations became non-people under the law, and women were even more marginalized.

As violence against African people became normalized, a new culture of violation of women’s rights became part of the overall plan of forced relocation and concentration of indigenous people in marginal lands.

At the same time, forced and under-remunerated jobs took men away from their home communities, truncating family livelihood strategies. Men working in far away cities and mines had little or nothing to send home to their villages. The separation was exacerbated by commercial laws establishing ‘legal’ boundaries between rural ‘reserves,’ commercial plantations and towns—which in Kenya, as in Zimbabwe, redefined gender relations through the restriction of movement and social interaction between ‘tribal’ and urban spaces.

Before the 1880s, borders between language groups had been porous, and a cooperative gift and barter system allowed groups to build trust by exchanging seeds, products and tools. African women played a pivotal role in this economy, especially during periods of scarcity. Imposition of ‘reserves’ disrupted an economy that appreciated cultural diversity, erecting an ideological barrier of ethnicity in its place, which was to become an incendiary nightmare in the 20th Century.

In addition, the colonial need for urban spaces both divided Africans from Asians and Europeans by law and excluded and disenfranchised women. Women could enter the wage economy only informally, in the outskirts of towns and later as domestic workers and nannies. The criminalization of their presence in towns as prostituted women devalued women as a group, and many more were trafficked in the emerging commercial urban sex industry. For women, the rule of law was almost entirely punitive, depriving them of development opportunities and perpetuating social inequalities and violence.

The effects of these policies and laws rippled across Africa and were felt even more acutely in the countries of Algeria, Kenya, Zambia, Zimbabwe, Malawi, Mozambique, Madagascar, Namibia and South Africa. As opposed to West Africa, these “settlement colonies” were structured around a small immigrant white population invited in and subsidized to exploit the colony for their motherland. The settlers could acquire large tracts of arable farmland and create black squatter populations to serve as labor.

Today Africa pays the price of embracing colonial structures ill adapted to our well-being. Countries face a paradox in which the “rule of law” is touted as a panacea for good governance but often flouted in ways that undermine citizens’ ability to rely on judicial institutions. Laws that are incoherent and fragmented result in opaque and corrupt judicial practices, and justice is not easily assured for ordinary citizens unable to buy the services of a lawyer. For women, the burden of inequality is often worse.

In many countries we are still stuck with this dichotomy.
No wonder the success of the African state, today, as a protector of citizens is a mixed bag. In some cases, the state is developing as a defender of majority interests, and women are over or close to half of parliaments in countries like Mozambique and Rwanda. In Tanzania, women hold key ministerial posts. Yet in others, heads of state maneuver state apparatus to extend their terms in office. In a number of cases, my country of Kenya included, we have seen failed elections—hints that citizens may be unable to muster the necessary might to exercise rights even where these may be entrenched in a nation’s laws and constitution.

The common belief is that a rights based approach comes to us from a more universalistic and therefore more legitimate realm of thought, and African culture has come to be regarded as the enemy of women. But we must understand how gender based violence became normalized in the context of colonialism and that the Human Rights approach is essentially a Eurocentric paradigm born out of an expansive phase of capitalism marked by economic competition, slavery and invasion of territory.

What we as African women must do is to identify those aspects of our own political, economic and cultural history that make African women great, and ensure that those are incorporated as rights within the emerging structures of our countries. That is the ground we stand on.
** Dr. Achola O. Pala is a Kenyan feminist researcher, writer and educator
Posted by kwaChirere at 8:19 AM