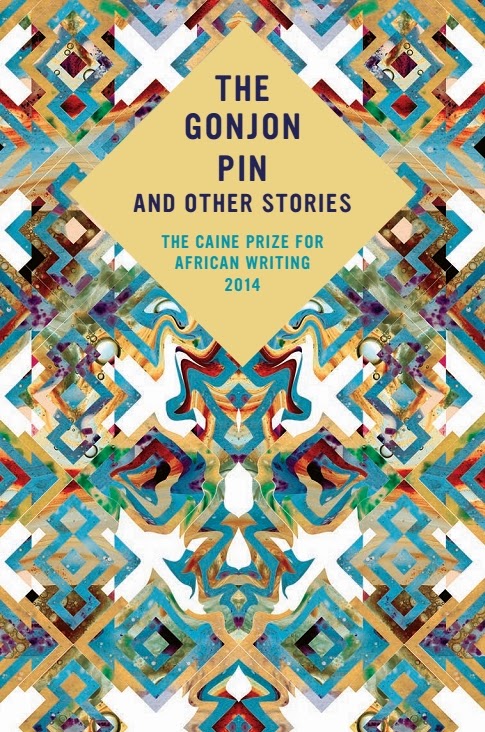 Published by amaBooks of Zimbabwe and several other publishers, The Gonjon Pin and Other Stories is a collection of short stories by African writers shortlisted for the Caine Prize 2014 and from the Caine Prize annual writing workshop held in Vumba, Zimbabwe during the same year.


On receiving this anthology just before the Harare launch, I quickly notice that it is a massively solid book. I am intimidated. I am used to reading the usually thin volumes normally associated with short books in Africa. But since these are stories from one of the most prestigious awards in African literature today, I hope that quality will pay for the volume. I do not remember the last time I felt like this about a book.


I do not want to start with the shortlisted stories. I want to make my priorities right. I have been invited to anchor the discussion at the Harare launch. Some of the writers based in Zimbabwe will even give a reading.  I quickly go for the Zimbabwean stories.


Having been raised on the short stories of Luis Honwana, Charles Mungoshi and other writers from the Southern African sub region, I find Lawrence Hoba’s ‘Pam Pam’ a very comfortable landing pad. Due to my background, this is the story that speaks most directly to me. The sensitive child is snooping into the seemingly unusual world of the grownups who are also trying to come to terms with the most ‘weird’ in their midst. Muffled voice. Understatement. Power play. A surprise  ending. Hoba’s deft engineering- one soft word on top of the other… and on top of the other, almost like bricks, tells me that this was not easy to write.


‘The Sonneteer’ must be the ‘craziest’ story in this book! I am hoping that somebody will agree with me. I love the deluge of sonnets towards the end because it is a clever way of flourishing out after such a deep rendition on the tumultuous Zimbabwean condition. The story ends in successive loud spurts like a gas canister unleashed onto a hapless crowd. I like stories like this one, driven by silences – especially by what characters do not say to one another. We are no longer reading but are also writing the story alongside Philani Nyoni. The language is vigorously god forsaken and its rigors remind me of the late Marechera.


Later, at the launch itself, I was impressed by Isabella Matambanadzo’s views. Her ‘All The Parts of Mi’, just like Abubakar Adam Ibrahim’s and Chinelo Okparanta’s are stories about betrayal, intimacy and courage.  During the discussion, I asked Matambanadzo about what she thinks about the use of the erotica in stories. Her candid answer sent the audience roaring in approval. It took us a while to return to silence.


‘The Intervention’ by Tendai Huchu is part of the Caine 2014 short list. It confirms my thoughts about his previous stories, especially the one which I have been struggling to translate from one language to the other. Here is a writer who has an eye for dramatic irony and the incongruence of human character. His stories challenge the reader to work from many points of view.


In ‘The Murder of Ernestine Masilo’ by Violet Masilo, the protagonist dies slowly from the first time you meet her. Her death is not shocking but why she dies is riveting. You are left with a feeling that a flower has withered before anyone could pluck it and place it in a vase. If only there was enough love…Typical character in typical circumstances.


‘Music From A Farther Room’ by novelist Brynon Rheam is a story filled with utmost colours and sounds  and wide spaces. It is a piece of painting or tapestry. If it were a piece of cloth, this story would flatter in the wind like a kite, landing on its nose until somebody picks it and throw it back into the sky just in order to see it and shout like toddler! I read it over and over for the sheer serenity that it gives me.


Had it come in good time, Barbra Mhangami-Ruwende’s ‘Blood Work’ could have been shortlisted! It is filled with a delicate tension right from the statement ‘I don’t like black people’ up to the end and you are always on the edge.  I hope I am not being prescriptive but this looks like my favourite story in this book, at least for now.


I then hurry to the winning story itself, ‘My Father’s Head’. I had read elsewhere that it is story filled with sad memories. I do not disagree but I discover that it is full of sweet sadness with more of sweet. Sad but not depressing.  The kind of balance associated with kopjes. On the second and even third reading, I begin to feel that this is about a daughter’s celebration of a father’s not so happy life. The language is syrupy, describing expanses of time and dwelling on tiny-tiny details of life like the paw of a dog and the flutter of a butterfly. I agree with the judges. It was right that this story won. Maybe it is not a story after all. It is life.


Among the short listed stories, I also have lots of respect for Billy Kahora’s ‘The Gorilla’s Apprentice’. Loneliness of people, and of animals too? A unique and unfulfilled camaraderie between victims from different communities? This story could just have won.


However, in just a few of these stories here, adjectives tend to pile on top of one another; adverbs trip over each other. Colons clog the flow of even short paragraphs, and the plethora of semicolons often cause the reader to throw up his hands in exasperation. If you are able to forgive the very few overwritten pieces, the Gonjon Book is something to carry on a journey.


+ a review by Memory Chirere
Posted by kwaChirere at 5:47 AM