‘The short story pricks like the doctor’s needle’: Somewhere In This Country and Tudikidiki by Memory Chirere

On 25 October 2010,'The Herald' of Zimbabwe published a piece in which Edmore Zvinonzwa interviews me. Some of you said you could not get to it on The Herald site. Here it is:

Zimbabwean author Memory Chirere enjoys reading and writing short stories and some of these are published in No More Plastic Balls (1999), A Roof to Repair (2000), Writing Still (2003) and Creatures Great and Small (2005).

He has also published short story books: Somewhere in This Country (2006), Tudikidiki (2007); Toriro, his Goats and Other Stories (2010) and together with Maurice Vambe, compiled and edited a critical text on Mungoshi, Charles Mungoshi: A Critical Reader.

Beyond his creative work, Chirere has compiled and edited various other short story books; Totanga Patsva (an all-women short story book), Children Writing Zimbabwe (a book of short stories for children by children).

Alongside Ignatius Mabasa and Christopher Mlalazi, Chirere is one of the more visible young writers writing from within Zimbabwe today.

Memory Chirere writes with a certain playfulness and sense of mischief and employs satiric humour. The titles of his stories, Three Little Worlds, Jazz, Beautiful Children and Sixteen are enigmatic and enticing. In this interview with our writer, EDMORE ZVINONZWA (EZ), CHIRERE (MC) speaks about Zimbabwean writing in general as well as his own works in particular. 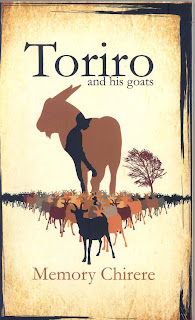 EZ: Would you like to briefly tell readers about yourself and how you evolved into the creative writer that you are today?

MC: It is difficult to tell. I know that I enjoy reading and writing.

EZ: Who and what would you consider as the biggest influences to your writing? Maybe there were different influences for each distinct work?

MC: There is the Mozambican short story writer, Luis Bernardo Honwana. I keep going back to his smallish collection of short stories, "We Killed Mangy Dog". I also keep going back to Charles Mungoshi’s book, Coming of The Dry Season. I also cannot avoid Luanda by Viera of Angola. I have come across many better and bigger books but those three are important to me.

EZ: Having been a student of literature in secondary school (I guess I am right) and at the University of Zimbabwe, that meant you had to read. Did you like reading before university or you became a reader then out of necessity.

MC: It all went on and still goes on, side by side, reading and writing.

EZ: In an interview with Ignatius Mabasa sometime, he mentioned you, the late Ruzvidzo Mupfudza, Eresina Hwede, Zvisinei Sandi, Emmanuel Sigauke and Nhamo Mhiripiri as some of his contemporaries. How exactly did this partnership impact on your development as a creative writer?

MC: It was the best of times under the tutelage of very able people, the likes of T. K. Tsodzo, Rino Zhuwarara, Chenjerai Hove, Musaemura Zimuya and others. We had the opportunity to read literature in the context of a very wide variety of ideas and theories. We have grown into many different directions but I think we still dialogue through what we write.

EZ: What would you finger as the major challenges to you as a writer?

MC: I believe people should be allowed to write what they like. And conversely, the writers should allow people to say what they like about what they write. I do not think we have struck that balance.

EZ. Zimbabwe’s literary landscape in general? Have Zimbabwean writers been able to tell the Zimbabwean story to the world?

MC: There is a lot of good writing going on inside and outside of Zimbabwe by Zimbabweans. Ignatius Mabasa is intriguing. You think you have got the best from him but he comes back the following day, like a furious in-law, with even better work. With his latest novel, Ndafa Here? he has outdone even the feminist writers. Wonder Guchu’s stories are amazingly simple that you realise they were not simply written. Then you wish you had all day to talk about Noviolet Bulawayo, Christopher Mlalazi, Petina Gappah, Brian Chikwava, Emmanuel Sigauke among others. The Gods have opened a floodgate in Zimbabwean literature!

EZ: Why is it that not many Zimbabwean writers have been able to survive or live on their works or writings? You were at ZIBF 2010 and must have heard Deputy Minister Lazarus Dokora’s comments on Charles Mungoshi.

MC: I am also always asking myself the same question!

EZ: What would you like to see happening in the book industry? Also how would you describe the relationship between writers and publishers?

MC: If you happen to have a publisher who really respects you, you can go very far. The publishing industry in Zimbabwe is reawakening very, very slowly. A book wins a national prize but it is never seen on the shelves. Now that is crazy! I hope one day writers can be able to live on their writings.

EZ: You have written in both Shona and English and it appears the short story is your favourite genre. Which language are you more comfortable with and why do you seem to like the short story?

MC: I have always preferred reading and writing short stories over anything else. Short stories prick like the doctor’s needle. You read and re-read until you do not know whether you are still just reading or are now recreating without the author’s permission. On the issue of language, it is a real blessing to be able to create and publish in more than one language.

EZ: How would you sum up the major concerns of your writings?

MC: In Somewhere in This Country, I had no specific focus because these are stories previously published in very many different places. They were brought together into one volume (now called Somewhere In This country) by the then series editors of Memory and African cultural Productions at UNISA Press, Maurice Vambe and Abebe Zegeye. These stories are about little individuals caught up in various very personal circumstances.

EZ: I find one of your stories in Tudikidiki, Roja Rababa vaBiggie a captivating read? What made you write that satirical piece?

MC: In Bindura where I was staying, an angry lodger went up the towerlight and threatened to fly down to his death. He held to the pillars clumsily and demanded justice from his now shell-shocked landlord and it was painful to watch.Tudikidiki, as the name of the book implies, is a collection of short short stories. With it I was experimenting. I wanted to do stories that would appeal to both the old and the young readers. Each story had to be short enough to be read in one sitting.

EZ: In an article, Beavan Tapureta says of all the writers of your generation, you use laughter most. Tell me about it.

MC: I laugh a lot myself. My characters laugh a lot, too. But they also laugh when they should be crying. I want to do a story that teases the reader by occupying the territory between poem and short story.

EZ: Do you think Zimbabwean writers are producing enough books for children?

MC: Due to the economic hardships even children’s literature has suffered.

EZ: Any comment on Zimbabwe’s writers’ unions — Zimbabwe Writers Union, Zimbabwe Women Writers, Budding Writers Association of Zimbabwe, among others? I remember National Arts Council director Elvas Mari pointing out one day that literary artists are lucky in that they have a distinct advantage over other artists — they are literate. Their associations, unions do not seem to tell the same story? Any recommendations?

MC: Writers in Zimbabwe are in the process of reconstituting their various organisations. We had become very weak on the ground.

EZ: What picture do you have of the future of Zimbabwean writing?

MC: Do what you can when you are still around.

EZ: Any other comments you may like to make?

MC: The love for a good story will never die.