Fire in the classroom 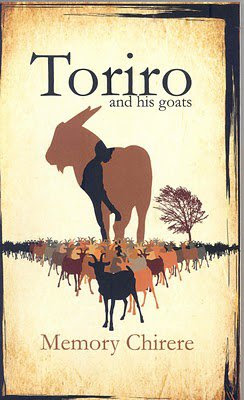 …one day Nakai accidentally dropped her ruler and it fell onto the floor with a clattering sound. Everyone stopped reading and writing and turned their heads.

Nakai went to the teacher’s table. “I am sorry,” Nakai repeated

“You know me, Nakai” the teacher said. “Bend down and touch the table.”

Nakai was sorry. She was just a girl of nine who had just made a mistake. Nakai bent down and touched the table. Whack! Whack! The rubber rod sang on Nakai’s back. It was not a good thing.

“My God, fire!” the teacher suddenly cried out. The teacher staggered back from Nakai. She dropped the rubber rod and held her chest, “Fire! Nakai, you are killing me!”

Nakai did not see any fire. She was only angry with Ms Chirara. All the other students saw no fire as well. They only saw Ms Chirara holding her chest and crying like a baby.

Nakai was still angry. She looked straight at the teacher and the teacher cried out again, “Fire! Nakai, stop it! Do not burn me.” Then she pleaded, clapping her hands, “Nakai. Nakai, my dear!” The teacher staggered and went out of the room. “I am burning up, Nakai!”

In silence Nakai walked back to her place. There were tears in her eyes. She had dropped the ruler on the floor by mistake. She was just a grade 4 girl who stayed at Number 1890 Mutamba Circle. She sat on her desk and cried. It was not nice to see Nakai crying. Her friends Nyasha, Tsitsi and Marita started crying too.

A big boy called Hardline asked loudly, “What is the fire about, people? Ms Chirara talked about fire. Nakai, what was it all about?”

Just as they were all settling and getting quiet, Ms Chirara came back into the room with the headmaster. He was called Mr. Pasi. The boys called him Danger because he was short tampered and you did not want to make him angry.

Ms Chirara kept holding her chest. There were tears in the corners of her eyes. Nobody wanted to see Ms Chirara crying. She was a pretty woman with nice dimples. Now she looked sad and it was not good.

“How are you, girl?” the headmaster said.

“Fine and how are you, sir?” Nakai said.

“What was it about?” the headmaster asked and touched Nakai calmly on the shoulder.

“What about the fire that burnt Ms Chirara?” the headmaster asked

“You caused the fire that burnt Ms Chirara, didn’t you?”

Then the headmaster who was still holding Nakai’s shoulder suddenly screamed and shot up, “I’m burnt! Oh my God!” He ran towards the door rubbing his hands and looking at them. He looked round and said, “Nakai, come out. Come to my office right now!” He looked at his hands and at Nakai.

There was silence in the classroom and then Ms Chirara said to the headmaster, “I told you, sir. It is real fire.”

The three walked out. Ms Chirara followed by Nakai and the headmaster.
They got into the headmaster’s office. They sat down. They were all very puzzled. Mr. Pasi was a serious big man and nobody wanted to trouble him. Ms Chirara was a pretty woman. Nakai was a simple grade four girl and now they were talking about a fire that she did not understand…. (extract from Toriro and His Goats)
Posted by kwaChirere at 8:34 AM