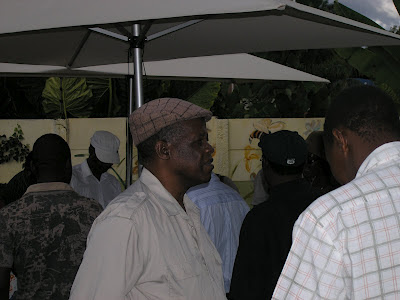 Above: Writers interacting at a recent Harare meeting of ZWA

The Zimbabwe Writers Association (ZWA) is having an outreach meeting this Saturday March 31 in Gweru at the Midlands State University at 11;30 am till 2pm. Writers around Gweru and the Midlands are all invited. We shall discuss the ZWA constitution and other issues.

The Zimbabwe Writers Association (ZWA) is the newest nationally inclusive writers Organization whose formation started in July 2010 leading to the AGM of June 4, 2011Zimbabwean writers have taken the initiative to coordinate themselves to form an organisation to represent them and defend their interests. ZWA was registered with the National Arts Council in January 2011. The birth of ZWA was a culmination of self initiated efforts and activities taken by Zimbabwean writers of diverse backgrounds.
+inserted by ZWA secretary, Tinashe Muchuri:0733843455
Posted by kwaChirere at 1:02 AM