The 'return' of Charles Mungoshi 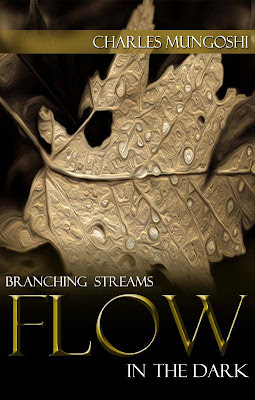 
The prize winning author of Coming of The Dry Season, Waiting For The Rain and Kunyarara Hakusi Kutaura? who had been ‘silent’ ever since his major single publication, Walking Still in 1997, has chosen a special way of returning. As his wife, the acclaimed actress Jesesi Mungoshi states in the dedicatory note, ‘it took Charles over 20 years to write this book and he was still perusing through it when he fell into a coma on the 30th of April, 2010’.


He has thankfully recovered in time to see it in print.


It is therefore befitting that this book is about living beyond malady. During her darkest and loneliest moment, when her baby dies of AIDS and her husband runs out of the house and her mother is virtually unkind, Serina Maseko sees through herself and others, as if she were beyond pain and reproach. She is floating because during this period, before the advent of Anti Retro Viral Therapy use in the management of the Acquired Immuno-Deficiency Syndrome (AIDS), being diagnosed as having the infection is an automatic death sentence.


Serina begins to write a very long and winding letter to a long - forgotten school mate, Fungisai Bare. In that letter, Serina forages through her turbulent life and that of people around her, confessing her sins and confronting all the ghosts in her life, searching for certain key moments to hold on to…


“That laugh! That echoing percussion laugh of his! It made me a little sad and excited and extremely nostalgic for something I-didn’t-know-I-ever-had-but-which-I-suddenly-missed all together at the same time, as if it were something half-remembered from a very distant and dusk-hued place, where you could see as in a dream hardly-formed stick-figures in sunlit-dust-motes silhouette and before you could touch them, they would all dissolve and disappear before you – except for a lingering where-am-I sensation left in you…That laugh! You don’t know how much I rode on it and it took me where I fantasized that you never happened and he was all alone with me on this trip – but – BUT – you would suddenly appear! You put the fear of thunder and lightning in me. I don’t forget how you shredded Ketina Zvapano to tear-soaked shame-drenched rags when you lit upon her after you had heard that she’d been walking – or showing? – your Leo the secret ancient bush toe-path up to the sacred never-dry-up spring in the old hills!”

All these ‘streams’ begin to branch into what was threatening to remain unknown. Here, as in the novels of Jose Saramago, especially Blindness, seeing can be both disease and recuperation:

“… If you were looking at Mother looking at Father, then Father appeared to be dirty, uncouth, uncivilised (Mother’s favourite word), backward – and you found yourself lost in seeing him like that… you would convince yourself that this was your original observation of him... on the other hand, if you were looking at Father looking at Mother, you saw shame and falseness right through everything, starting first and foremost, with the highly out - of – key voice shrilling for attention so that it jarred on the nerves like a child running a razor blade through velvet skin… Mother would not hear Father. She would simply see her poor husband, Samuel Maseko, as an also-ran, second-hand sort of lost soul…”

You come away from this novel with a feeling that the river of life stretches from the familiar, and branches into the far away and subterranean streams of eternity.