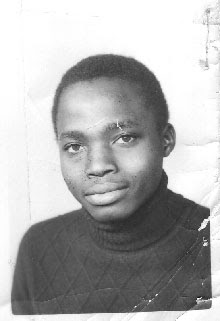 Many Zimbabweans who care dearly about books have read Dambudzo Marechera. They keep some of his copies on their shelves. Usually there is a dog-eared copy of House of Hunger; the most well known and most referred of his books. Reading it is actually a rite of passage of sorts. Then the list extends like a path in the forest; Mindblast, Black Sunlight… These are works with a delicious intensity which is aided by a deliberate use of loaded English.

Then when you have “worshipped” Marechera for a while, you begin to wonder if he ever wrote in his own mother tongue - Shona! You realise that some of Marechera’s contemporaries and buddies have actually written convincingly in both English and Shona and have even won prizes in both languages.

In an “interview” in which he interviews himself, Marechera declares his relationship with the Shona language. He had asked himself if he had ever thought of writing in Shona. He answers:"It never occurred to me. Shona was part of the ghetto daemon Iwas trying to escape. Shona had been placed within the context of a degraded, mindwrenching experience from which apparently the only escape was into the English Language…"

That statement is provocative! And the responses to it are equally provocative. One school of thought says here is a proud fellow who has lost a centre and who looks down upon his own language. Another says here is a willing victim who admits that he has been swallowed by colonialism.

In later interviews, Marechera tried to qualify his 'diatribe' against Shona. Something like: He was only against the kind of Shona narratives churned out then - with the manipulation of the establishment - which had the sole purpose of trapping the unsuspecting black reader into thinking that his rightful space was only the reserve and that the city was alien to him. Marechera also admits that the lowly status given to Shona by the colonial system resulted in people like him “taking to the English language the way a duck takes to water.” He also admits that his was a form of “mental colonization.”

But it occurred, at least once' to Marechera to write in Shona. He wrote a Shona play published posthumously in Scrapiron Blues (1994). The play is entitled “The Servants’ Ball” and it is a sequel to “The Toilet” published a decade earlier in Mindblast (1984) “The Servants’ Ball” was actually translated into English by two Zimbabweans, Leonard Maveneka and Richard Mhonyera. The English and Shona versions of this play appear side-by side in Scrapiron Blues.

It is not difficult to place the “The Servants’ Ball.” Other than being in Shona, it is in the mode of the Mindblast plays like “The Toilet”, “The Coup”, “The Gap” and several others.

Written in scintillating, almost perfect Chiungwe, a dialect of Shona dominant in Marechera’s Rusape, “The servants’ Ball,” like the Mindblast plays, is an attack on the corruption of the newly independent Zimbabwe society. It captures the anger and apprehension caused by that whole era around the Willowgate scandal which netted some very prominent politicians.

References to primitive accumulation of gadgets and lack of moral principles in the mind and actions of the newly independent Zimbabwean elite run through this play.

The setting is a servant’s quarters where a number of garden boys, nannies, cooks and some tramps are drinking, reflecting on their lives, independence and the impeding Christmas season. The description of the setting is amazingly realistic that it seems to skip from the page. The action of the play is carried through by the typical Shona banter, chants, songs and philosophies of the characters. For instance the anti-Muzorewa sentemints of the times are evident in one of Bonzo’s statements:

Read properly in context, that song is serious protest. The Ministry of Labour had stipulated the “minimum wage” so that the abuse and underpaying of domestic servants could be curtailed.

Sarah goes on with her song and her drink-mates sing along:

These revelers also lampoon the new black employers for running away from paying the workers:

There is also a silent competition for the audience going on between Bonzo, the mbira player and Majazi, the guitar player. They are subtly juxtaposed maybe to portray the fight between tradition and modernity in the newly independent society.

Moments later, the reverse odder is given: “Iwe, imboridza kanhu kako! Mbira yakagadzirirwa kuridza.” ( You, play the mbira! It is actually for playing)

Both Bonzo and Majazi improvise tunes that are relevant to the contemporary set up. Singing and playing on the mbira, Bonzo reflects on the history of colonialism:

In a more illuminating moment, Thomas rushes to receive beer from his white employer in the main house and when he comes back, he declares in English that all this free beer is part of neo-colonialism. His colleagues do not take this lightly. If Thomas is with an all-Shona audience, why does he speak in English, they argue. The mbira player, Bonzo actually scoffs at Thomas:

Ironically,this could be perfect criticism on Marechera himself who never became prominent for writing in this mother tongue when this play shows that, in fact, he could. It took someone else to include this play in this posthomous publication. Unfortunately, this Shona play is buried way inside the book, in-between plays in English.

Maybe business forces were at play. There seems to have been a ploy, by publishers in general, to either portray Marechera as a writer of narratives in English only or they thought it was simply unorthodox to do a book in two different languages.

According to Flora Wild’s editorial remarks accompanying Scrapiron Blues, Marechera had “originally submitted it (The Servants’ Bull) as part of the Minddblast manuscript, intending it to come after “the Toilet”, but the publishers omitted it.

In matters of plot, “The Servants’ Ball” is rather stagnant, not covering visible or linear ground. There are visible influences from the theatre of the absurd. Some of it is the singing of songs that have no immediate concordial agreement. Alfie’s song is a good example:

There may be legitimate temptation to think that the absurdist tendencies of the play offer Marechera space to explore the yawning discrepancies of Zimbabwe’s new era of independence.

The old Rhodesian leader is not spared either. In one of her songs, Sarah refers to Ian Smith: “Smith ari kugeza muKariba!” (Smith is taking a bath in Kariba Dam) This could be reference to the the Rhodesian Prime Minister's losing out to the Nationalists.

“The Servants’s Ball” has its limitations if one were to imagine it on stage. As it is, it can only be fully appreciated by an audience with good command of both Shona and English because the characters sometimes go for long stretches speaking either in English or Shona. I remember discussing this matter with Tinashe Mushakavanhu when this play was staged at the recent Marechera celebrations in Oxford. (We were also agreed that the garden boys and house girls in the Oxford version of the play were too well dressed to be typical.)

The other and even bigger challenge, however, would be some vulgar words spoken by some characters in Shona. Whilst these could be easily said in English, in Shona these words may deeply offend. A good example is: “Apo mafunga nekushure ambuya”. (Grandma, you are reasoning with you behind)

This play suggests, ironically, that Marechera felt that Shona would capture best the changing times as perceived by ordinary Zimbabweans and that such nuances could not be truly captured in English alone. It is unfortunate that Marechera did not find it viable to write more and more in Shona.
Posted by kwaChirere at 1:00 AM