A précis of Zimbabwean Literature in NDEBELE (By Jerry Zondo) 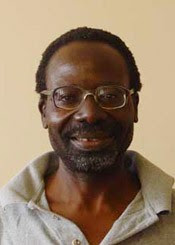 NDEBELE writing starts in the 1950’s with authors who previously had been educated in South African colleges and universities. They became inspired by the efforts of South African writers like R.R.R. Dlomo, Sibusiso Nyembezi, Petros Lamula, B.W. Vilakazi and A.C Jordan, among a host of pioneer black writers in Zulu and Xhosa, in the Shuter and Shooter stable.

Most of these books would later be republished by Longman and Green (Pvt) Ltd. after the dissolution of the Shuter and Shooter link. Most of the effort of Ndebele writing has been on novels and novellas with a limited drama texts and poetry anthologies. To date, there are 19 drama texts, 15 poetry anthologies, 4 anthologies of short stories and an endless supply of novels.

Ndebele writers have, in writing prose, poetry and drama, expressed the human and cultural aspirations of the Ndebele within the initially confined space of colonial domination to the more open but still limiting space of post-independence experiences.

Much of the earlier Ndebele writing leans on history and is heavily influenced by oral literature tracing from the Nguni background to the Kalanga/Shona/Nyubi orature that has later on shaped the Ndebele experience. Novels and poetry especially, have been written with the izinganekwane (folk stories) and izibongo (praise poetry) in mind, thereby limiting character and plot development in novels as well as generating a more laudatory adulatory and extravagant verse in keeping with odes and epics that have marked the Shakan Mzilikazi era into the Lobhengula period.

The earliest Ndebele writings through Shuter and Shooter in South Africa are by writers who went to school in South Africa or were influenced by colleagues who had been to South Africa. All these authors are products of mission schools like Thekwane, Inyathi, Matopo, Mtshabezi, Dombodema, and Cyrene. Some of the earlier writers have been influenced by South African writing generating the “tsotsi” in Mpofu’s works, in Mzilethi, in Ndondo; where the corrupting effects of the town as well as the stay in South Africa are looked at negatively.

The very earliest books trace the Ndebele nation or specific families or clans (Mahlangu, Sithole) in their movements from South Africa to Mambo land. Sithole, in part, uses the Ndebele wars of 1893 and 1896 as the basis for his writing. He portrays the revolution and its aftermath, the struggle against white domination and the Ndebeles’ inherent will to influence their destiny, physical aggression and the spear being used to try and win back Ndebele control and independence thereby re-establishing dignity and a sense of national organisation after king Lobhengula’s disappearance.

A major influence on Ndebele writing is the Southern Rhodesia Literature Bureau founded in 1959 sponsoring manuscripts and clearing them and helping publication through Longman, Mambo Press, College Press, Zimbabwe Publishing House, (the Bureau after independence is referred to as simply the Literature Bureau). Encouraging one religion, Christianity, moralistic writing; discouraging political writings and Ndebele religion, the Bureau would then generate the themes of good versus evil, urban versus rural, “eGoli” versus Bulawayo, the young versus the older generation, Christianity versus Ndebele religion, the modern versus the conservative; giving rise to the literature of the first phase.

The first phase dwells on the break up of the rural home, and the extended family, the flight of teenagers into urban settlements and their subsequent corruption, the renewing powers of rural areas, the healing effects of Christianity, the harshness of fathers, the tolerance of mothers, the civilising mission school, the value of western education, and the denigrating effects of alcohol. The first phase further deals with prostitution, drug taking, theft and murder as common social ills.

The element of dislocation, discomfort and disintegration, slips through in some of the novels. Because of censorship, veiled attempts are made in the works to deal with the colonial issue. E.M. Ndlovu is outstanding in presenting a potential challenge to white rule outside Sithole’s more forceful work in opposing white rule.

I. Mpofu strikes a similar measure of opposition using Mlahlwa. Mzondiwa and Mlahlwa are celebrated in their opposition to white domination. Still, collaboration with whites occurs in such characters as Nyembezi, Nkanyiso, and Sibonile; where adherence to white control is seen as right. The inspirational works of Mayford Sibanda, Mthandazo Ndema Ngweya, Geshom Khiyaza, in both novels and poetry, are just outstanding in Ndebele writing as opposed to the anti-Ndebele feeling that creeps out of some of Sigogo’s, Pathisa Nyathi’s, E. Hleza’s and Magagula’s pro-establishment works.

The Ndebele human condition has still not been fully explored. There are missing gaps in Ndebele creative works where key periods in Ndebele experiences have not been covered at all. A lot of silence obtains on the sad developments of the 1980’s, the Diaspora experiences, the years of economic depression and the subsequent hunt for decent survival and the need to restore dignity and ubuntu in the whole enterprise of existence.

Short stories have not been fully covered with only a few texts, women writers having written more short stories than anybody else. Only two poetry anthologies, a product each of a single author, have been published in Ndebele so far. All Ndebele works have suffered from the manner of production of much of the literature-sponsored works. Most works are a product of the rules of the sponsorship, which in most cases limits creativity, the range of themes, and the level of operation. With the drop in sponsorship after independence, only a few works have been published between 1983 and 2007. As the economic crisis deepens, the texts become even fewer.
Posted by kwaChirere at 7:50 AM