The Good and the Bad of Zimbabwean literature in 2011 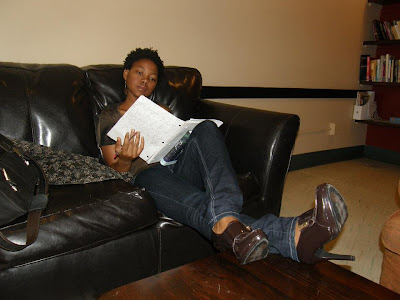 Year-2011, which opened with the death of veteran author Julius Chingono, had both the good and the bad for Zimbabwean literature.

The new and established writers around me continued to moan about the lack of publishers and the song is getting louder and louder. No wonder for the past two or three installments of NAMA, nearly all the literary categories have been won by Zimbabwean books published abroad. In some categories, there were no nominees from locally published books! This means that Zimbabwe is fast depending on either its writers abroad or publishers who know little or nothing about Zimbabwe.

In one heated literary discussion, a local author took the panel of local publishers to task. She asked: ‘What exactly do you mean by a good book?’ And the answer came from one of the publishers: ‘A good book must be able to be prescribed by Zimsec.’ It was the most heartrending remark that I heard in 2011. You either write for the syllabus or perish. We have narrowed down viciously in all respects. Are we still the nation that produced the likes of Marechera, Vera, Sigogo, Mutsvairo and Chakaipa?

The local publishers say they do not have the funds and a suitable economic environment in which to publish. There are indications that even the UNESCO book per child fund has impoverished publishers because the books were bought at a paltry 95 cents a copy! And since a normal school book takes three to four years to disintegrate and be replaced, local publishers may just send home some of their workers. The books are also not being printed locally, pushing local printers out of business!

Zimcopy (a Harare based copyright watchdog) reported in 2011 that truckloads of photocopied books were impounded on our highways. In my case, an anonymous but happy caller phoned from a sister university telling me that since my book was now on their syllabus, could I kindly send him my very own copy so that he could photocopy for the cash strapped students? He was certain that just being read was enough for me. Did he know that I have a family to look after? He hung up.

The Book Fair, however continues to recover tremendously, bringing us great expectations. The 2011 Book fair theme was ‘Books For Africa’s Development.’ The deliberations were based on how books could save Africa and how Africa herself could realise more from her books and lots of information that could be kept in the written form.

The book stands were wonderful. The Indaba was well attended by writers, publishers, school children, readers, scholars and even government ministers! In a country where reading events and literary discussions are still painfully few and far apart, it was encouraging to listen to the various presentations at the Indaba and the subsequent Young People’s Indaba.

One hopes that the national book awards, which have been known to be the climax to the fair, return to their former glory. People do not write for prizes but good book competitions bring attention to books and the writers. At the 2011 Book Fair, we witnessed a pseudo competition that sent us hiding under the tables. All the awards were shared by writers from only two publishers! It is as if they were tossing a coin to decide who wins in which category. This is very damaging to the book fair, publishers, writers and the adjudicators themselves.

Except for NAMA, which has only three literary categories because they also have to look after music, dance, sculpture, drama and others, we still do not have a credible national annual literary competition.

However, some very good things have happened to our literature this year. Alpha Media Holdings, which publishes a local daily and weeklies, have continued with their Cover to Cover Schools annual short story competition.

Stephen Chifunyise has won the granddad of Zimbabwean Theatre tag in 2011 through his plays that continue to feature at the Theatre in The Park in Harare. He has quietly noticed that to publish is not always to do a book.

Zimbabwean author, Elizabeth Tshele, more commonly known as NoViolet Bulawayo, did us proud. She won the 2011 Caine Prize for African Writing, beating over 120 writers with her short story ‘Hitting Budapest’ previously published in The Boston Review Vol. 35, no. 6- Nov/Dec 2010. She received the £10,000 prize at a celebratory dinner held at the Bodleian Library, Oxford on July 11.The Caine Prize, widely known as the African Booker is regarded as Africa’s leading literary award. ‘Hitting Budapest’ is a story about children from a ghetto who set out to steal guavas from a very affluent suburb.

Wellingtone Kusema made history in 2011 by publishing the longest novel in the Shona language to date at 108 264 words! Dzimbabwedande, published by Heritage Press is a gigantic 348 paged old world novel about Dumbetumbe’s heroic exploits. This is a very important novel about the evil machinations of the Portuguese during the Mutapa Empire, stretching from the Highvelds down to the Indian and the Atlantic oceans. Here you read about the slave trade, power struggles, love and betrayal. This is a massive show of confidence in the Shona language and for me, Dzimbabwedande could easily pass as the greatest novel by a Zimbabwean in 2011.

Another very amazing new book which has set tongues wagging this year is Watch Ruparanganda’s Genitals Are Assets. It explores the sexual and economic relations amongst the street youths of Harare. The author spent over fifteen months on the streets of Harare and the adjacent areas, slowly and carefully stalking, watching and listening to the street youths in order to understand their life styles and sexual behaviour and also to get to their individual life stories. This book can be read either as an academic or fictional work and that is a great strength.

A new company, Diaspora Publishers in the UK has also come up with new and interesting titles like Monica Cheru’s Chivi Sunsets. This is a collection of short stories exploring the African underworld. In one of the stories a man sees his own two boots walking across the room on their own accord! Diaspora Publishers have also brought together the poems performed by local poet, Mbizo Chirasha into one well bound and designed volume entitled Good Morning President.

Prominent Zimbabwean writer Shimmer Chinodya continued to shine in 2011. He launched the German translation of his 2007 Noma Award winning novel, Strife. The German version is called Zwietracht and was translated from English by Dr Manfred Loimeier. Chinodya has also published yet another scintillating novel for young people, entitled Tindo’s Quest. In this story, a twelve year old boy slowly realises that perhaps the woman whom he calls mother is not his real mother!

The Zimbabwean writers’ long standing resolve to form a national umbrella organisation representing their rights and welfare was eventually realised with the election of the first seven member committee of the Zimbabwe Writers Association (ZWA) on June 4. It is chaired by Veteran Poet, Musaemura Zimunya who is deputised by Eresina Hwede. Performing poet, Tinashe Muchuri is the Secretary General. The job ahead is monstrous as they should, among other things, set out to unite the various writer associations in one voice where their welfare is concerned.
By Memory Chirere
(*a version of this article appeared in The Herald of 4 January 2012, page E4.)
Posted by kwaChirere at 12:22 AM