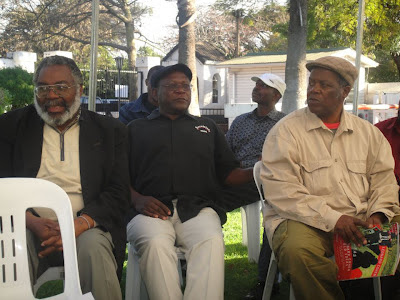 The Zimbabwe Writers Association (ZWA) is having an outreach meeting in Bulawayo on Saturday 21July, 2012 at the Bulawayo Art Gallery at 09:00 - 12:00. Leaders of writers associations and individual writers who may or may not necessarily belong to literary associations around Bulawayo are all invited to this get-together.

Our outreach would take the shape of introductions of associations and individual writers, followed by an open exchange of problems, challenges, ideas etc as the basis of consultation. On our part, we shall introduce the idea of ZWA and its constitution to Bulawayo and what we have managed to achieve thus far and how beneficial it has been to writers. In other words, it is really an open ended occasion.

The Zimbabwe Writers Association (ZWA) is the newest writers Organization whose formation started in July 2010 leading to the AGM of June 4, 2011. Zimbabwean writers have taken the initiative to coordinate themselves to form an organisation to represent them and defend their interests. ZWA was registered with the National Arts Council in January 2011. The birth of ZWA was a culmination of self initiated efforts and activities taken by Zimbabwean writers of diverse backgrounds.