Issues in 'the Zimbabwean short story.' 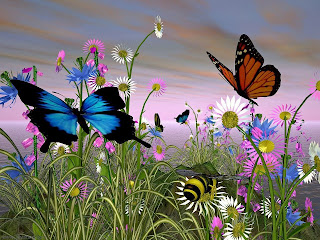 The sole place of the short story as a technique in Zimbabwean fiction is still in the blind spot. Those who have written extensively on Zimbabwean literature lump the short story together with the longer fiction without any sense of trepidation. Even then, their concern is limited to how literary texts from Zimbabwe respond to the colonial forces and the subsequent Independence.

There is not much concern with form and even the 'content of form.'

Meanwhile, there has been a fierce and unprecedented upsurge of short story writing in Zimbabwe since about 1997 (specifically at the turn of the century), virtually drowning out all other literary forms.

As a result it is difficult to discuss ‘new literature’ in Zimbabwe without first acknowledging the predominance of the short story form in Zimbabwe for the past decade.

These lists below are useful but by no means exhaustive:

Individual authored short story anthologies are: Wonder Guchu’s Sketches of High Density Suburb (2004) and My Children: My Home (2008) Kawengo Samachai’s The Job That Ner Was (2004), Julius Chingono’s Not Another Day (2006), Memory Chirere’s Somewhere in this Country (2006), Christopher Mlalazi’s Dancing with Life; Tales From The Township (2008) Lawrence Hoba’s The Trek and other Stories (2009), Daniel Mandishona’s White Gods Black Demons (2009), Petina Gappah’s An Elegy for Easterly(2009), Monica Cheru’s Chivi Sunsets: Not For Scientists (2012) and others.

Maybe under Zimbabwe’s economic challenges at the turn of the century, it appeared convenient for any conscientious publisher to capture various voices in one multi authored book. Each of these books tends to carry, on average, no less than fifteen authors. Besides, there is happily the ‘pretence’ towards democratising space through having dialoguing voices. Maybe the short story form offers the writer the opportunity to practice and experiment in preparation for longer narratives.

But Zimbabwe may have just been ‘a short story country’ all along. Nearly all Zimbabwean writers who have become prominent today started with short stories or have a short story book along their career. Here we go: Dambudzo Marechera’s House of Hunger, Charles Mungoshi’s Coming of the Dry Season, David Mungoshi’s Broken Dream and Other stories, Yvonne Vera’s Why Don’t You Carve Other Animals, Stanley Nyamfukudza’s Aftermaths, Chenjerai Hove’s Matende Mashava…

Even the so called novels from Zimbabwe tend to be merely long-short stories sometimes called novellas. There are various reasons for this and please get in touch with me if you are anxious to know more.

Each of the three writers proceeded to write more short story books and some novels, becoming by 1983, the major black Zimbabwean writers writing in English.

Charles Mungoshi became the first black writer from Zimbabwe (then Rhodesia) to publish a short story collection, Coming of the Dry Season, in 1972. With Mungoshi, the Zimbabwean short story in English germinated in the form of anecdotes drawn from colonial experiences. The Rhodesian Censorship Board subsequently banned Mungoshi’s book in 1975 because one of the stories, ‘The Accident’, had subtle attacks on the political order of the day. Technically, the Mungoshi short story is brief. It is laid back, beginning rather abruptly and with characters already steeped into the crisis of being who they are. It also employs very simple English language.

With his collection, The House of Hunger (1978), Marechera uses the short story as a literary vehicle for a more individual expression of personal experience. As in the long short story ‘House of Hunger,’ Marechera is able to employ a young central character  who looks at colonial Rhodesia from a very intense and personal point of view that the process of reading it takes one into the bosom of the narrator. The world is described from a very subjective and personal point of view:

"I got my things and left…I couldn’t think where to go. I wandered towards the beerhall… where I bought a beer… I sat beneath the tall msasa tree…I was trying not to think about where I was going. I didn’t feel bitter. I was glad things had happened the way they had..."

The Stanley Nyamfukudza short story, like the case with Mungoshi, uses simple English language but it is elaborate in its descriptions almost approximating painting:

Sometimes, in the morning, standing there with his pick, shovel and axe on his shoulders, it seemed pointless, mad even. How could one man and woman fight against all this thick forest, sustained only by the dream that if they kept at it, they would in the end claim some room…"

Elaborate Aftermaths deals with the mental and physical implications of characters in newly independent Zimbabwe. The Nyamfukudza short story itself as in Mungoshi is very brief.

Immediately beyond these three, the other major voices in short story includes, but not limited to, David Mungoshi with Broken Dream and Other stories Shimmer Chinodya with Can We Talk, Alexander Kanengoni with Effortless Tears and Yvonne Vera’s Why Don’t You Carve Other Animals.

In considering a Bibliography of Zimbabwean fiction published in 1986, Dieter Riemenschneider indicates that it lumps up the short story with the novel. He further observes that all these facts and figures, tell us little about the growth of the short story genre, and its popularity with writers, readers, and little also about the Zimbabwean short story’s literary quality. For Riemenschneider, ‘the more interesting question would be whether writers of short fiction from Zimbabwe have contributed to the form. How have they handled the genre? Are all of their short pieces of prose fiction short stories in the narrow sense of the term, or have they stretched it, modified it?’

A cross sectional glance will show that the typical Zimbabwean short story tends to be of a relatively shorter length when compared to short stories from other parts of the world.  For instance, Wonder Guchu’s ‘The Wooden Bridge’ or ‘The Hen’ from Sketches of High Density suburb is just about three pages long but the burden and depth of that story is infinite. The author is under some pressure to tell his story in as short a space as possible. The narrator in this kind of short story is usually a child. The child’s perspective in these short stories is a clever technique to suggest a certain innocence when, in fact, this child leads the reader to very important issues. As a result, it is also not a coincidence that most of these short stories tend to end in an inconclusive way. They merely hazard a suggestion or just wander into a kind of poetic haziness. The narrative tends to disappear into the matter or vegetation like some skilled guerilla fighter.

In No more Plastic Balls a collection of short stories by five young authors then, Robert Muponde’s work is probably the most outstanding. In Muponde’s stories you come across the Marecherean God–forsake-us attitude but the wit and the sting belongs to Muponde himself.

Writing Still  and Writing Now and their sequel volumes edited and published by Irene Staunton (Weaver Press) have stories from a cross section of Zimbabwean writing; from the voices of experience such as John Eppel, William Saidi and Shimmer Chinodya, to the new voices like Brian Chikwava, Lawrence Hoba, Adrian Ashley and Ethel Kabwato, among others. Most of these stories use known events and incidents from the Zimbabwean crisis as a backdrop.But from Hoba’s discerning child-narrator, Chinodya’s ‘fallen’ man, Chingono’s kachasu drinkers, to Mungoshi’s lonely Chizuva, these stories are either blessed with humour or surreal hope.

Brian Chikwava’s kaleidoscopic story in Writing Still, 'Seventh Street Alchemy' won him the prestigious Caine Prize in 2004. This story is about a day in the individual lives of the down and outs of Harare.  Petina Gappah’s short story book, An Elegy for Easterly won the Guardian First book Award 2009. US-based Zimbabwean author, NoViolet Bulawayo has won the 2011 Caine Prize for African Writing beating over 120 writers with her short story Hitting Budapest. In Bulawayo’s story, a bevy of township kids set out to steal guavas from an affluent section of town. The three cases, among many give credence to the fact that the Zimbabwean short story has become a force to reckon with in the whole African region.
+ By Memory Chirere

Posted by kwaChirere at 9:27 AM